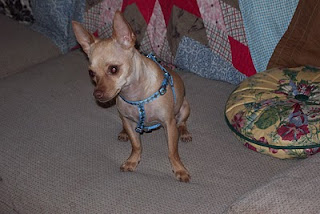 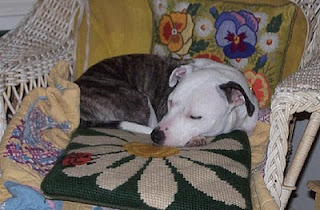 Just when you think you've figured it out, you get confused. Old loves, new loves, all life's emotions played out by my dogs. Chloe. The last rescue dog to come in these doors in August. A 7 pound Chi, with a temperament that is hugely wrong . She is jealous. She is jealous of the dogs before her and most certainly she is all rumpled up over the new dog. Tonight she growled and hissed and bared those tiny teeth like little rat's teeth at the newest entry into these portals. Then she was snarly at old Annabelle, who she has been snarled with all week and bit her. We were all tidy on the couch under a quilt when this roar from hell came from the tiny body and she popped her head out and bit Annabelle. Oh poor brown cow eyes, Annabelle slinked off the couch to the chair. Bitch slap. Harsh words, but Chloe needed a little tap to that snarling face of hers. She bared her teeth at sweet Annabelle as the New Year's Peach dropped. Earlier she was deranged with the new gal, who I keep calling he and dog is a she, but looks like a he with the name Rascal. Perhaps a girly name is in order for her. Rascal is a player and strong. She jumps on you and a bowling ball has gone kaplunk on your chest. She licks you with a tongue that is wide and wet and does so with surprising abandon, considering she is a stranger. If she lands on Chloe, I'll have a flat Chi. She too was befuddled by Chloe's viciousness at her. Her two toned eyes blinked and she pattered away on her splayed feet. I would worry Chloe has gone deranged over a new dog, but she has been acting this way for awhile. I am hoping she is not going into madness, for I know little of the ways of small dogs and their ill tempers. She flits from kisses to snarls. She would be your worst date nightmare. All petite and cute with a personality that splits in two. But, she has my heart and I kissed her little head and we made up. Worry is, the new dog. Oh how I wanted to have her, and now I am most confused as to the situation of jealousy that is getting worse. Do I keep her and fend off the devils in my Chi, or do I send her back and the Chi will still be crazy?Perhaps it is I who is crazy. Crazy with love for the dogs, and crazy that I am kissing them on New Year's Eve and not my own date. Its a dog world sometimes and being leader of the pack is hard work when you don't speak the language. For now all is quiet in this kingdom as five dogs sleep with their heads wrapped around their tails and the question of the week is four or five? So hard for my heart to decide.

Widow Lesson Learned: A jealous Chi with rat's teeth is more dog than a pack of four who smile.
Posted by Barbara Barth at 11:00:00 PM 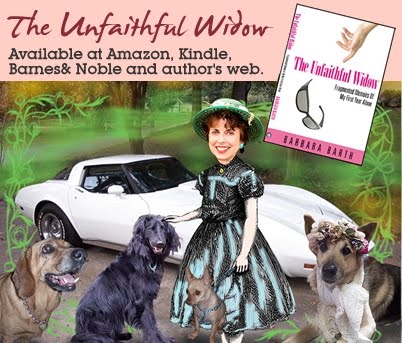 The book that started it all. Click on image to go to my original website. Lots of fun photos.

Visit My Writer With Dogs Blog 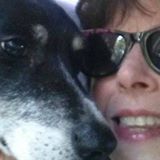 Miss April in Paris and Moi 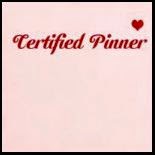 Coffee With A Canine Interview 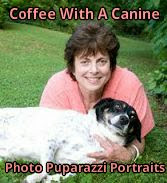